[blockquote]”you take delight not in a city’s seven or seventy wonders, but in the answer it gives to a question of yours.”

makescape2 aimed at providing a sense of delight – by answering a question that people may not know they had. How can design enliven a hidden urban space in the downtown? Hosted by MADE in the underused Centennial Plaza in central Edmonton, makescape brought a series of design discussions to the public.

On October 5, 2013, we were able to give the public an exciting glimpse of what well thought out design can do in an urban space. The effort was a cumulation of tremendous effort by the organizing team as well as numerous volunteers that donated their time to ensure that the event was a success.

The outdoor event occurred simultaneously with the Designing Downtown Pecha Kucha, which was live streamed from the Winspear onto 2 giant screens hung the plaza stage. Heaters kept the cold at bay, and firepits provided clustering points for the viewers and visitors alike. Other activities included the creation of a giant coloured sand mandala as well as a series of ‘bench talks’ on Areawork’s fantastic urban furniture, with Mayor Iveson, Cllr. Henderson, Omar Mouallem, Cynthia Dovell and Chris vander Hoek.

There also seemed to be a fair amount of spillover from the events that were happening around the square that night. The citadel theatre was buzzing, and several people happened upon the space and light installations by accident. One wandering couple that hadn’t felt like attending an organized event was ecstatic with a the discovery of something that inspired them. Seeing this sense of wonder is one of the main reasons why we do these types of things, and why our group – the Design Interventions Committee (within MADE) will continue with things of this nature.

The event featured contributions by our event partners; Pixel Blue Digital College, Edmonton Public Library, the Edmonton Wayfinding project, Areaworks, MediaCo, Balancing Spaces, cmvhdesign and think easy connection, who all brought elements contributing the experience of the space. A special thanks to Progress Unlimited for support, as well as others who helped us along the way; the Paint Spot, Downtown Community League, and OMM photography. Many thanks to everyone who helped out, and thanks also to our makescape2 food trucks, Fat Franks, La Poutine and Lemongrass Grill. 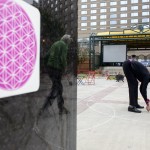 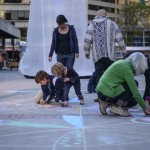 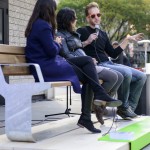 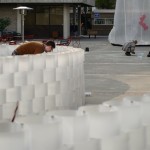 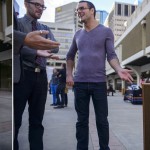 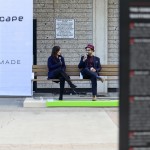 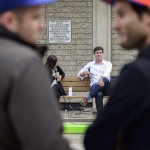 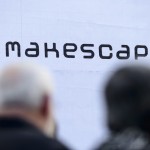 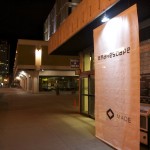 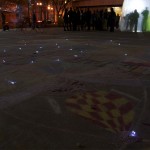 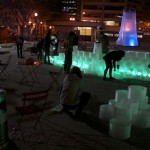 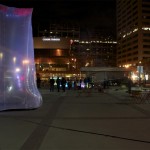 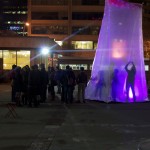 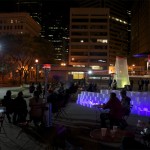 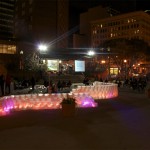 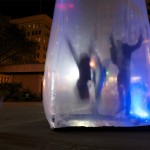 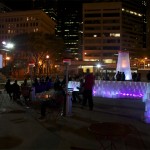 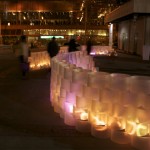 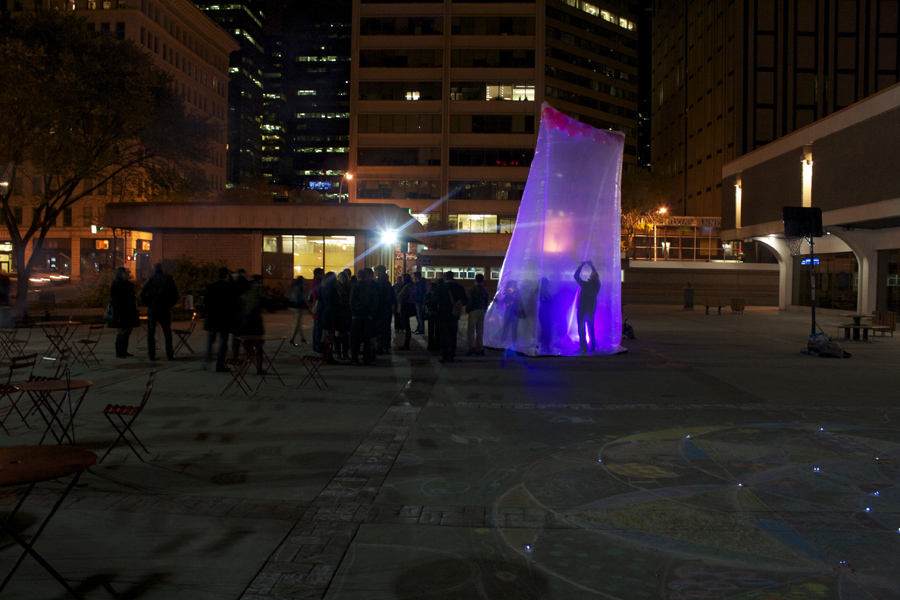