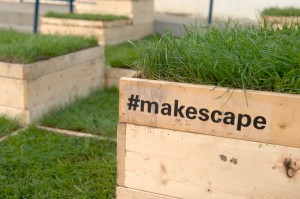 #makescape started as a response to a conference being held in downtown Edmonton. The revitalizing downtowns summit had a $850 paywall (over 2 days), which felt very inaccessible to the general public, and to people unable or unwilling to pay the entry fee. The concept was to take some of the ideas being presented at the conference out into the public realm; which in this case was Centennial Plaza, adjacent to the hotel where the conference was hosted.

The final intervention consisted of bringing a re-deployable system of grass tiles to the plaza, along with other smaller scale installations. Activities enlivened the space – such as a dj competition by Pixel Blue, velcro beachballs by Urban Systems, and a public conversation about design and city building between Mark Sterling (Sweeny Sterling Finlayson &Co Architects Inc.) and Carol Belanger (City of Edmonton Architect). The beach balls also provided some late night fun, with a giant kickball game breaking out between passers by, and some of the post Pecha Kucha crowd.

The grass tiles will be reused for other urban interventions around the city this summer. And we are open to ideas and collaborations on where to deploy them. 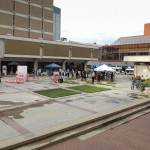 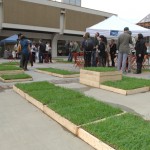 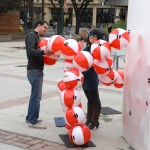 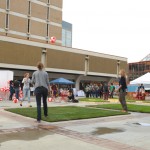 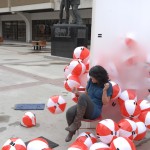 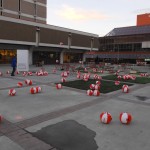 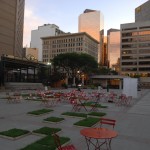 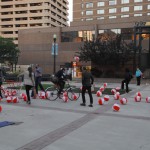 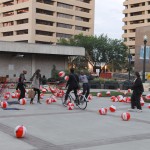 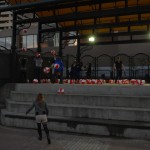 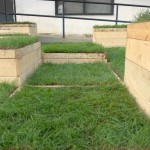 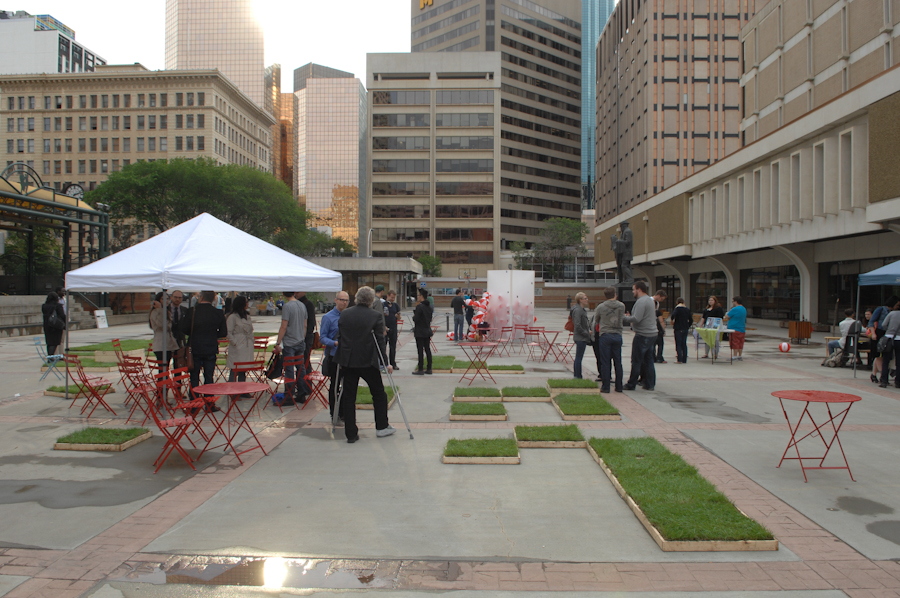